Working with paint entails paying attention to comprehensive safety precautions, as the chemicals they contain are highly flammable and can cause serious damage to health if handled incorrectly. For this reason, manufacturers warn users of potential risks by printing hazard symbols on both packaging and on safety data sheets. Standox is now introducing new hazard symbols on product labelling and corresponding safety data sheets.

Jodie Henly, Standox UK brand specialist explains, “this change has been brought about by the revision of the European regulation on the identification of hazardous materials, known as the CLP, which aligns it with the Globally Harmonized System for the Classification and Labelling of Chemicals, or GHS. The aim of the legislation is to standardise hazard symbols around the world and to make them universally recognisable in future. Paint manufacturers have been given until June 2015 to bring materials with the new symbols into circulation, but the first Standox products using the new labelling came onto the market in December 2013.”

From now on pictograms with a red border will illustrate potential hazards. They will replace the previous square pictograms on a yellow-orange background. In addition to these new symbols, signal words such as Warning or Danger will describe the potential level of risk posed by the substance contained in the packaging. The hazard notice Danger indicates a more acute level of risk than the term Warning.

“This change in the labelling has no effect on the composition of Standox paints, which remains the same as before,” says Henly. “Until the end of the interim period Standox safety data sheets will contain both methods of identification.”

It is vital for refinishers to get to grips with the new symbols. Standox has produced a five-minute video for bodyshops, which presents the new classification system in a practical setting. You can watch the video by following the link to www.standox.com/tds. 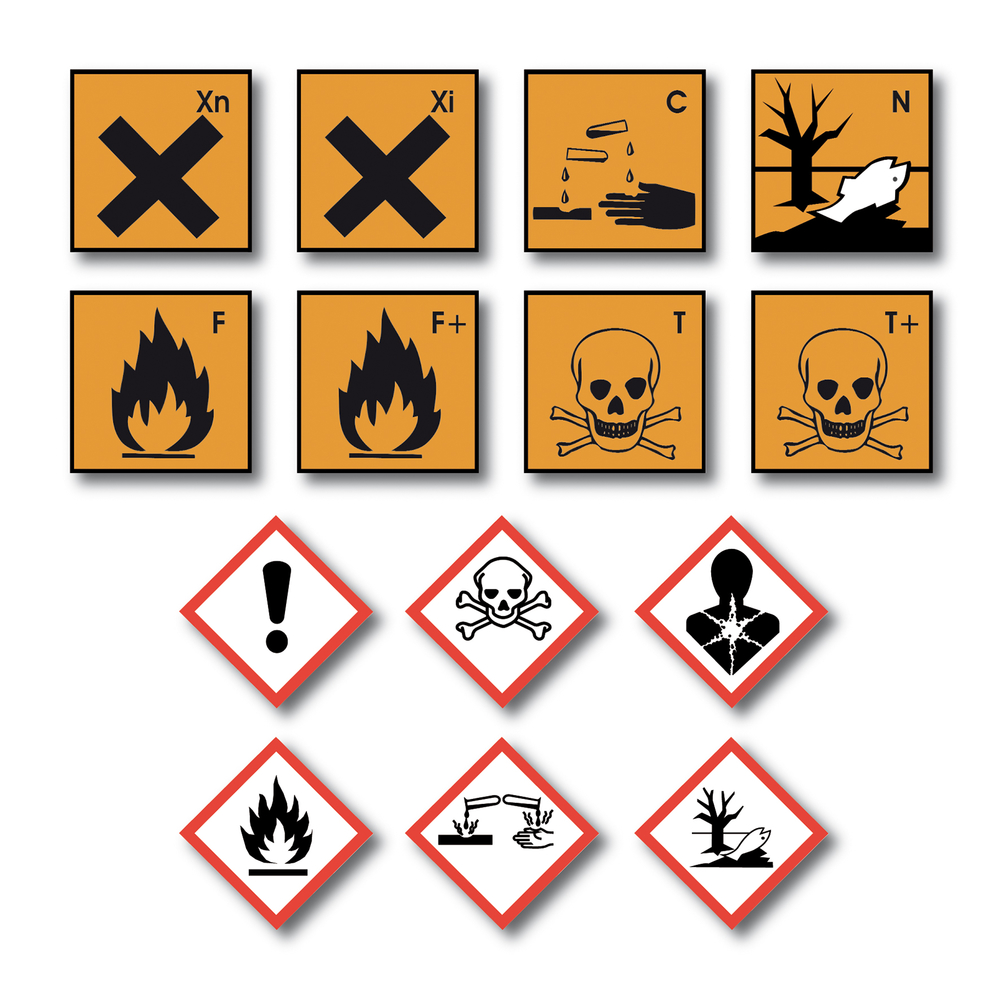